​​Chartered in 1848, Lake View Lutheran was originally known as the Scandinavian Evangelical Lutheran Church and later as First Norwegian Church.

Our history reveals that our work has long nurtured urban lives at many locations throughout Chicago. Our spirit has never been bound by the neighborhoods we serve or diminished due to wind and fire’s destruction of our buildings.

Acts 17:24 "The God who made the world and all things in it, since He is Lord of heaven and earth, does not dwell in temples made with hands;

Lake View Lutheran can trace its origin to a Scandinavian Lutheran mission was in operation by 1843, with some information leading us to believe it was as early as 1834.

The Scandinavian Lutheran mission began construction on a building on Superior Street, between LaSalle & Wells. The nearly-completed structure was destroyed by a wind storm and the congregation lacked funds to start it over. In distress, they called to theological student Paul Anderson (for whom Andersonville is named) for aid. Anderson helped the congregation formally organize as the Scandinavian Evangelical Lutheran Church of Chicago on January 6, 1848. While the Superior Street church resumed construction, the congregation met first in the Bethel Chapel on Kinzie Street (between Franklin and Kingsbury Streets). In addition to Anderson’s leadership, Scandinavian Evangelical Lutheran’s formation was also assisted by a grant from the Lutheran Church’s local Missouri Synod and its pastor, Rev. C.A.T. Selle, was interested in work among the Scandinavian immigrants in the city

Records show services and Sunday School were conducted in English in 1848. In 1852, a group of Swedish immigrants, stranded in Chicago, were aided by Pastor Anderson. They chose to remain in Chicago and and the congregation helped them organize a Swedish Lutheran Church. For a time the two congregations worshiped jointly, but ultimately the Swedes bought the property on Superior Street from the Norwegians in 1855.

Dedicated in 1855 on the corner of Erie and Franklin Streets, the new church was home to the newly-named Norwegian Evangelical Lutheran Church of Chicago and was nearly destroyed in the Chicago Fire of 1871.

After the fire, many Scandinavians had relocated throughout Chicago, especially to the North and West Sides. This informed the congregation’s decision to move to the North Side. Members on the South Side were encouraged to join Our Savior Lutheran.

The North Side membership purchased lots in 1891 at Osgood (now Kenmore) and Roscoe Streets, in the Lakeview. A church building (which now houses a mosque) was purchased from Ravenswood Methodist Church at Hermitage and Sunnyside Avenues and moved two miles to Osgood and Roscoe.

In 1960, a new, larger building was constructed at 835 W. Addison Street at Reta Street. The first service was conducted in this current location in November 1961.

Original record books are stored at Lake View Lutheran Church, 835 West Addison Street Chicago, IL 60613. Some microfilmed records and are available from the ELCA Archives. ALC film #8 includes membership records from 1848-1871 and church minutes from 1864-1893. Contact us for more information. 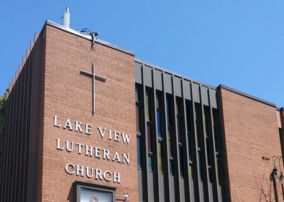 We are a proud member of the Evangelical Lutheran Church in America. 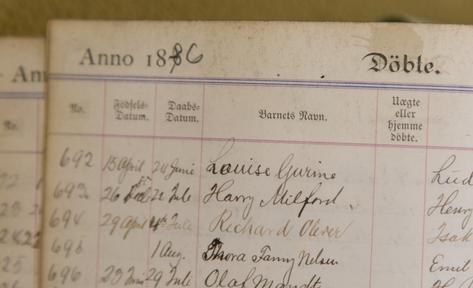 We are a community that rejoices in our diversity and shares a common commitment to grow and serve, to celebrate the gift of life and to use our individual gifts to make the world a better place.

We believe that God is a mystery; a mystery, like our own lives, to be experienced and entered into, not a puzzle to be solved. That is why we honor questions as much as answers. We seek to explore the mysteries of our lives and of the world around us.
Today we gather to hear the words of scripture, offer our prayers and gifts, and share a meal. Empowered by God’s Spirit, we leave to live in sacrificial service to the world.

Following Jesus’ example, we strive to be an inclusive fellowship, breaking down all those barriers which divide us. We welcome all people regardless of age, race, religion, income, or sexual life. We celebrate all who join with us this morning in song, reflection, and prayer.